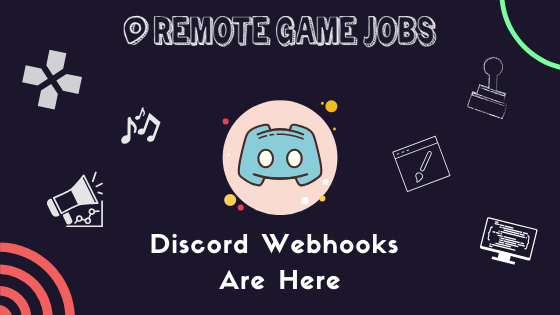 Discord, the current generation’s IRC, and the chat app that was initially aimed at gamers, have quickly outgrown its initial purpose, and became widely popular and an indispensable tool for work collaboration. Discord is heavily used by Indie studios to communicate amongst the team, and also to bring in gamers to see constant updates from the game, and get their instant feedback as they build the game.

There are also many game development community servers. Some are open to public, others private. Some are general focused, while others are focusing on specific niche. Overall, Discord is a tool I and many others in the game industry use on daily basis. In a survey I ran on Twitter, Discord was actually above Slack in popularity amongst game developers.

Many game development focused servers also use the space to promote job opportunities. And it can be quite effective. So few days back, indie marketing specialist Lauren Moses sent me a message saying she’s been sharing some of the jobs on our site, and asking whether I have webhooks to auto-post jobs on their jobs channel.

I thought “Why didn’t I think of that?”. The idea was great, and there is no reason why we shouldn’t make it. So I’m happy to announce as of today, RemoteGameJobs Discord Webhook integrations are available. If you or someone you know run a game development focused Discord server, and would like to have our jobs automatically posted on your jobs channel, get in touch with us with your Webhook URL, and we’ll get you setup immediately.

Don’t want all kind of jobs in your channel? Looking for specific kind of jobs only? No problem. Just tell us which category of jobs you want, and we will make sure you only get those jobs.

How To Get In Touch for Discord Webhook?

Just fill in the form at our Discord Webhook page, and we will set you up in no time.