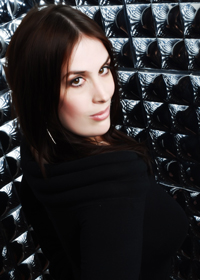 Last month, award-winning game writer Rhianna Pratchett took to Twitter in a series of tweets sharing enormous amount of valuable insight into how writing works in the game industry, and the different roles and levels writers can have in the game industry.

Rhianna’s career spans multiple popular award-winning games such as Tomb Raider, Mirror’s Edge, Heavenly Sword and Overlord. Though we come to learn that throughout all her career, she has always worked as an external writer, rather than internal. And so her Twitter thread comes from that perspective.

Rhianna starts the thread highlighting the humble beginnings of game writing, and how it’s relatively a young profession on its own in the industry. When she started back in 98, until the 2000’s, it wasn’t common to have game specific writer. It was a task normally carried out by someone from within the same team who had the interest and/or time to do it.

But even today, the majority of game writing happens as an external rather than internal job. However we’re starting to see more of the internal kind of writing jobs, which is a positive sign.

Until today, writing in the game industry is not like writing for Hollywood. You normally can’t go and pitch your game story idea to a studio, hoping they will fund it. The focus is more on the game experience, and so if you want to make your own story a game, then you’re probably going to have to make it yourself.

Moving up the ladder as a game writer can involve many levels until you reach a point where you are actually building the main narrative of the story. If you are a game writer, or are curious about how this industry works, take the time to go through the whole thread on Twitter.

Looking for remote jobs in the game industry? Visit RemoteGameJobs.com.